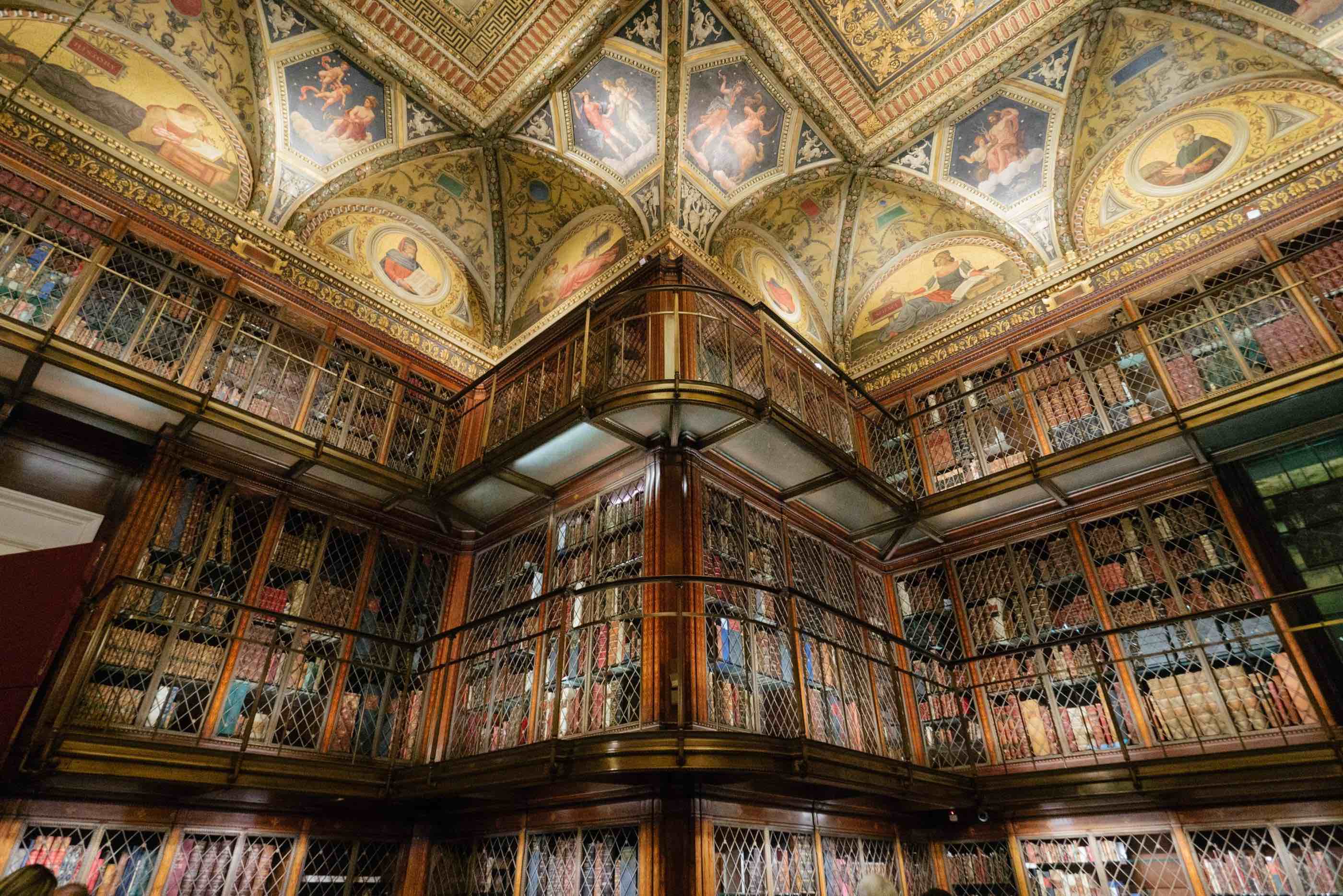 Manhattan has a lot to discover. Murray Hill, Gramercy, and Kips Bay are quite unique among them. We invite you to take a brief look at the history of these three unique neighborhoods on the East Side of Midtown Manhattan, with a few suggestions on what to see while you are there.

Although the boundary lines vary depending on the source, Google Maps show Murray Hill stretching from the East River to Madison Avenue, and from 42nd St. to 34th St.

This Midtown neighborhood takes its name from the Murray family—wealthy local merchants who were instrumental during the American Revolution. Although some question her motives, Mary Murray famously entertained English troops in 1776 with her tea and charm, slyly allowing American opponents time to retreat from The Battle of Brooklyn.

This upscale neighborhood during the 1800s and early 1900s has retained much of its pre-war architecture and old-world charm. Its close proximity to Grand Central Station and the East River—as well as its tree-lined streets and active nightlife scene—has attracted many professionals, graduate students, and young families.

St. Vartan Armenian Cathedral and Park. This cathedral of The Armenian Apostolic Church was the first of its kind in North America. The distinctive design resembles a seventh-century Armenian cathedral, with double-intersecting arches and a tall pyramidal dome inlaid with beautiful stained glass windows. The adjacent St. Vartan Park is a beautiful and spacious green with a playground, fieldhouse, handball/shuffleboard, and horseshoe courts, a skating track, wading pool, and comfort station.

The Morgan Library and Museum. This public institution began as the personal collection of Financier Pierpont Morgan. In a complex including the McKim building (a National Historic Landmark), this museum and library feature an expansive array of rare books, historical and literary manuscripts, typography, art, music manuscripts, and much more from history’s old masters. Take in an exhibit, attend a lecture, watch a film, and spend the afternoon admiring both the collectibles and the architecture all around you.

Grand Central Station. This iconic NYC landmark is a major transportation hub featuring stunning architectural details, shopping, dining, and many points of interest. From the Tiffany clock on its roof to the impressive zodiac ceiling and legendary opal clock in its Main Concourse, artistry is on full display throughout this historic station. Exploring further, you’ll discover NYC’s only Danish food hall, expansive dining and shopping concourses, the refurbished Florentine-inspired Campbell Bar, and many secrets (such as elevated passageways and a Whispering Gallery).

United Nations Headquarters Visitor Centre. For a closer look at the world’s headquarters for diplomatic relations, take a guided tour of this international tourist attraction. Visit the Security Council Chamber, the General Assembly Hall, and other points of interest to learn more about the center’s history and its ongoing initiatives for human rights, disarmament, and peace-making. There are also multimedia exhibitions on other important global issues, the UN Book and Gift Shop, and an internationally-inspired café.

The focal point of Gramercy is Gramercy Park—a two-acre private green built in the 1830s which was once a swamp. Gramercy Park is one of only two such private parks in all of New York City. Some historians cite it as one of America’s first attempts at City Planning. Residents surrounding the park are the only ones to hold keys to the park which is not open to the public except for Christmas Eve every year.

The Players Mansion. An iconic and historic landmark across from Gramercy Park is The Players Mansion. Founded by actor Edwin Booth (brother of John Wilkes Booth) in 1888, The Players is a private social club housed in a Gothic Revival-style mansion. It was created to serve as a meeting, dining, and performance space for artists, performers, authors, musicians, and other kindred spirits. Although the club is closed to the public, you can gain access and learn more about its rich history and legacy as part of a Gramercy guided walking tour.

Gramercy Theater. Originally opened as a movie and art-house in 1937, the Gramercy Theater was renovated 60 years later and became New York City’s largest Off-Broadway theater until 2004. Renovated once more, the Gramercy Theater is now an intimate live performance venue with two bars, offering a mix of both standing room and seating options. Their lineup is an eclectic mix of music, performance art, and comedy which has featured such acts as Lady Gaga, Miley Cyrus, Macy Gray, Amy Schumer, Dave Chappelle, Jaz-Z, Kelly Clarkson, and more.

Sidney Mishkin Gallery. The Mishkin Gallery, in cooperation with Baruch College, offers exhibitions and other programs that showcase modern and contemporary art. The gallery features a 600-piece permanent collection including the works of Max Ernst, Sidney Mishkin, Man Ray, Marsden Hartley, and more. This intimate museum presents five shows each year ranging from one-person exhibitions to group shows, to scholarly and multicultural presentations. In addition, the institution presents supporting talks, symposia, and other events throughout the academic year.

Kips Bay stretches approximately from the East River to Third Avenue, and 34th St. to 27th St. This area was once an inlet of the East River, and is named after Dutch settler Jacobus Hendrickson Kip. It played a central role in The Battle of Kip’s Bay in 1776 during in the Revolutionary War.

This section of New York has a friendly, more residential vibe, and is popular among young professionals and families. It is generally considered to be quieter than neighboring areas, yet features many coffee houses, parks, and comparatively affordable dining options and bars.

Holographic Studios is a truly unique experience of art and science. Founded by holography pioneer “Doctor Laser” (Jason Arthur Sapan), this holography center housed in a former blacksmith’s forge will both fascinate and educate. There is nothing like it in Manhattan, let alone the world. Call ahead to arrange for a guided tour of the world’s largest display of holographic and other 3D images. You’ll also get a chance to peek under the hood as Dr. Laser takes you into his subterranean studio where he and his crew produce work for institutions, celebrities, corporations, and more. You’ll learn how holograms are made and get a chance to interact with this magical art form and the science behind it.

City Opera Thrift Shop. If discovering rare and unusual pre-owned items is your thing, you won’t want to miss the City Opera Thrift Shop. From designer furniture, fashion, and accessories to eclectic home goods, books, art, and the occasional costume from NYC Opera, this is no ordinary thrift shop. Spend a few hours browsing through the racks or attending one of their “carefully curated events designed around an array of design interests from fashion to home.” The best part is that any purchase will help fund New York City Opera, “the people’s opera” of New York.

“Curry Hill” is a strip of Lexington Avenue in Kips Bay that features Manhattan’s largest collection of Indian restaurants. Dozens of restaurants featuring various regional cuisines of India line Lexington between 27th and 28th Streets. Be sure to also check out Kalustyan’s spice shop. This landmark institution features a dizzying array of hard-to-find ingredients and spices from Asia, Africa, and the Middle East.

Modern Pinball NYC. For pinball wizards and novices alike, the Modern Pinball NYC arcade provides an immersive and rare pinball experience unlike any other in Manhattan. Play on favorites such as “Star Wars,” “The Beatles,” “Terminator 2,” “The Six Million Dollar Man,” “The Addams Family,” “Xenon,” “Guardians of the Galaxy,” and many more. There are also 250 classic arcade games such as Pac-Man, Frogger, Donkey Kong, Asteroids, and more. This family-friendly arcade also features The Museum of Modern Pinball, an interactive pinball exhibit demonstrating the inner workings and science behind pinball machines.

A Tranquil Respite In The Heart of Manhattan