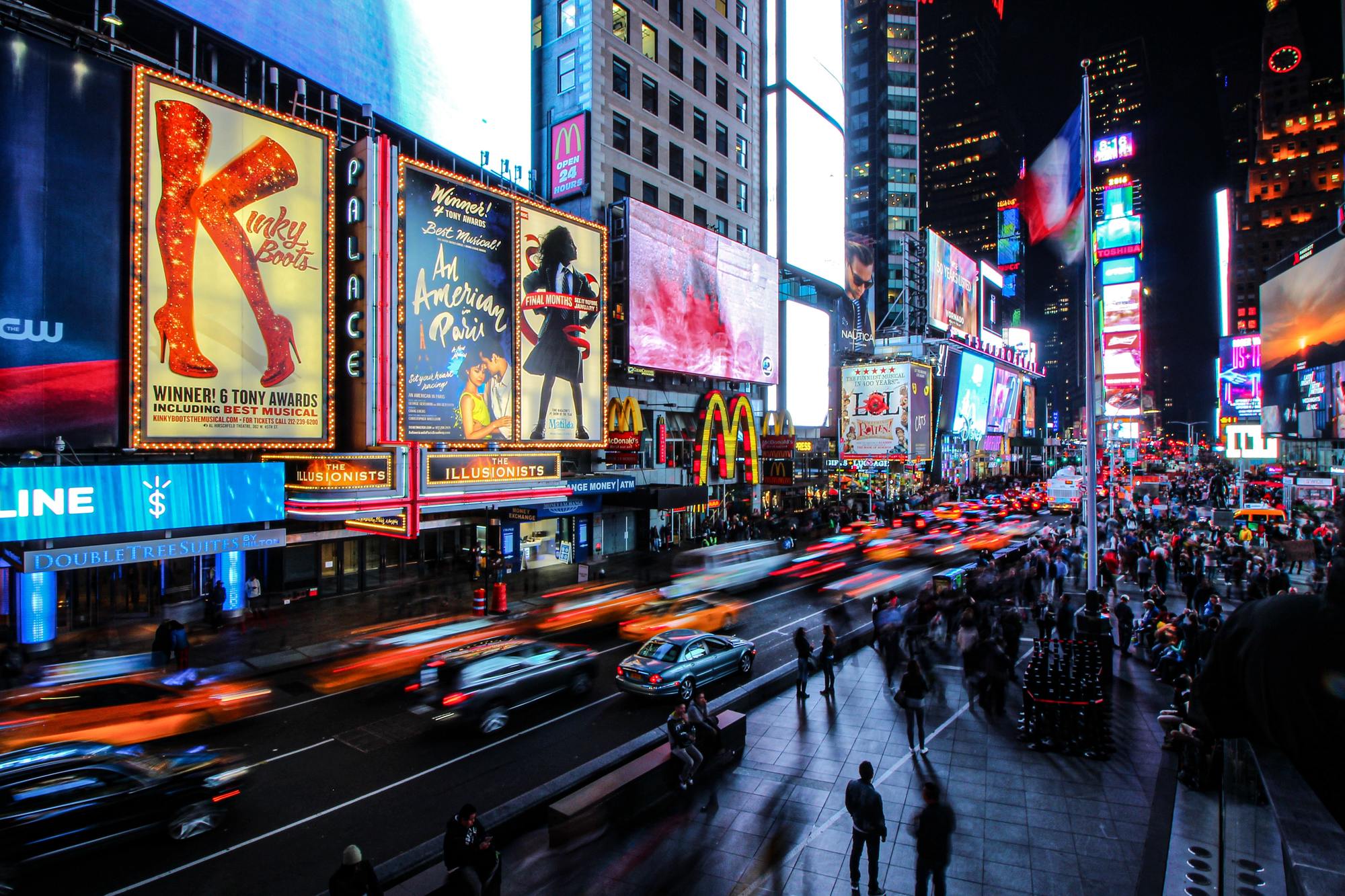 The Metropolis: Must-sees in Midtown: Part One

You can find some of the most iconic skyscrapers in the world there, too, including the Empire State Building, the Chrysler Building, and Rockefeller Center.

All three of New York’s major transportation hubs are in Midtown: Grand Central Station, The Port Authority of NY & NJ, and Penn Station.

With an endless list of things to do, see, and experience in Midtown, we’ll take a closer look at just a few here:

Arguably, one of the biggest attractions (if not the most prominent attraction) in New York City is Broadway. Millions of people pour into Midtown’s Theater District to catch a Broadway show every year. Whether it’s a long-running musical, a hot new hit, or an edgy short-run play, there’s nothing like seeing a Broadway show.

There are approximately 40 large Broadway theaters within the Theater District which runs along Broadway between 41st and 53rd Streets (and surrounding streets). These theaters present their shows every evening except Mondays, with additional matinee performances on Wednesdays and Saturdays.

Broadway provides something for everyone, from serious dramas to irreverent comedies, classic singing and dancing revivals to ground-breaking fusions of rock n’ roll and hip-hop.

Here are a few tips:

Get there early. Arrive 30 minutes prior to showtime to get through lines, find your seat, use the restroom, and get settled without missing anything (or disturbing anyone) by coming in late. If you do arrive late, be aware that ushers will not let you take your seat until there is a scene break.

See discounted ticket opportunities. Stop by TKTS in Times Square for fantastic daily deals on that day’s performances. Check out Broadway.org for family discounts, or get your child in for free (with the purchase of an adult ticket) every February on Kids’ Night on Broadway. Also, check with the box office for “obstructed view” or “partially obstructed” view seats. You might want to take a chance on these discounted seats as they are often not that bad.

Meet the stars. Do a little research prior, or look for the stage door (actors’ entrance/exit) when you get there. Sometimes the stage door is around the corner from the public entrance or even on the opposite side of the theater (on the next block over). Many actors will greet the public after performances, sign autographs, and maybe even pose for a selfie with their fans.

It is a scene-stealer with its splendid Art Deco design—featuring fabulous chandeliers, art, textiles, woodwork, sculptures, grand lobbies and foyers, and a magnificent illuminated arched proscenium.

Only performers at the top of their game could possibly hold their own against this gorgeous backdrop. Radio City Music Hall performers—singers, dancers, musicians, and acrobats—do just that and far more. The hall also hosts notable television specials, awards shows, and sporting events.

Perhaps the hall’s most popular and beloved act is The Rockettes. This glamorous and talented dance troupe has graced the Radio City Music Hall’s stage since 1932. Every holiday season, a revolving cast of 80 women (36 on stage for each performance) delight their audiences with precision dance moves, fabulous costumes, show-stopping kick lines, and a living nativity scene with a procession of live animals.

Nestled in the heart of Mid-town, Bryant Park is a beautiful urban green and recreational hub. Native New Yorkers and tourists alike convene there to relax, grab a bite, attend an event or performance, or engage in a bit of recreation. It is so popular and centrally located that it is known as “town square.”

While the land is no stranger to conflict (Revolutionary War, 1863 Draft Riots, Civil War), there’s nothing but peace and harmony there today. Here are just some of the things to experience in Bryant Park:

Lawn Games. Many recreational games are available at Bryant Park, including ping pong, putting and kubb, pétaque, and tabletop games such as chess and backgammon. The park hosts lively marathons and tournaments for several games throughout the summer

Leisure Activities. If games aren’t your thing, grab a book or magazine from Bryant Park’s “Open Air Library.” You’re welcome to read anything you like for free as long as you return it before you leave. The park also provides free craft and drawing supplies and instruction at certain times.

Classes & Kids’ Activities. Many types of classes are available at the park, including yoga, dance, fencing, juggling, and more. The park has plenty of things for kids as well, including storytimes, magic, and puppet shows, and birthday parties at Le Carrousel.

Food.  There are plenty of dining options, from enjoying an upscale meal at Bryant Park Grille and the Bryant Park Café to dining al fresco on the Southwest Porch and grabbing a quick bite at one of several food kiosks.

Events. As if all of this wasn’t enough, Bryant Park sponsors many events and performances throughout the year. Some events include dance parties, concerts, bingo/movie/trivia nights, Broadway in Bryant Park, and square dancing. Also, don’t miss their annual Winter Village with unique vendors, an outdoor skating rink, and lots of holiday fun.

Look for the next installment in our “Metropolis” series to discover must-sees in Midtown, Part Two.